This week I was again fortunate enough to run some Science lessons for some Primary students from  St Felix Primary School using the Science labs at La Salle College next door. Rather than simply blasting them with mad Science experiments (check out last year's fun: Bunsen Burners, Flame Tests and iPads with Years 4 & 5), the Principal Lisa Harbrow and myself were determined that any experiments would compliment the students' units of study. Accordingly, I decided to do some electrolysis with Year 5 who were studying 'Gold' and thermodynamics with Year 6 who were studying 'Antarctica'.

Year 5 had been learning about the gold rushes of California and Australia, alluvial gold and how to pan for it. Now the chemistry of gold is not particularly exciting, but the extraction of other metals is! Consequently, I decided to get the students to perform an electrolysis experiment to electroplate 5¢ coins with copper extracted from copper sulphate solution. Now this is Year 11/12 Chemistry, certainly requiring secondary schools equipment. However, we were fortunate enough to have access to a lab at La Salle College next door thanks to Principal Mick Egan plus the most amazing lab technician in the form of Margaret Croucher (who is also Chairperson of ASETNSW - Association of Science Education Technicians, and treasurer of SETA - Science Education Technicians Australia). With this quality of support we were able to sort out the appropriate WHS for Y5 students to perform such an experiment. 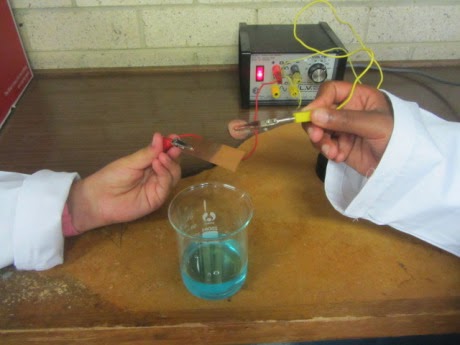 No paper instructions or worksheets were issued. Instead, students recorded myself performing the procedure using their school's iPads, photographed the equipment and also diagrams on the board to assist them in carrying out the experiment themselves. More importantly they filmed themselves performing the experiment. (In follow up lessons back at Primary school the students would be using the video footage to help write up their experiment as a literacy activity). I also demonstrated the electrolysis of water using a Hofmann Voltameter, igniting the hydrogen produced for a nice squeaky pop! And, with a bit of time spare at the end of a great Science lesson, what more motivating activity could we do than take Science Selfies! 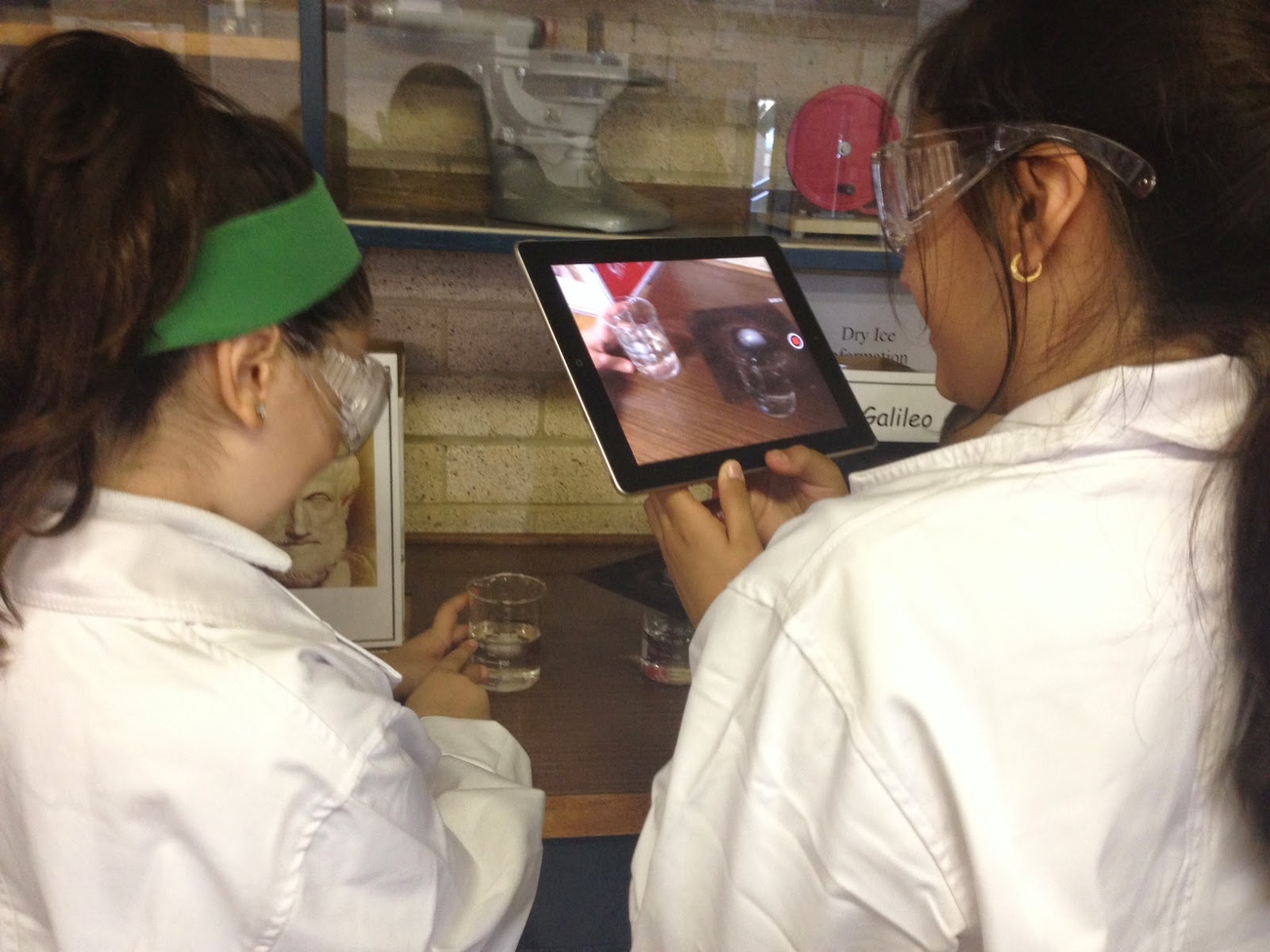 In studying Antartica, Year 6 learnt in particular about the features of animals that lived there plus the issues of global warming with regard to sea level rises. These two aspects leant themselves perfectly to some experiments more appropriate to the Year 9 and 10 syllabus. To build on what the students had learnt about the use of blubber and layers of feathers in various Antarctic fauna (plus fur in Arctic fauna) we performed the classic insulation experiment using warm water (not hot water due to being Year 6), soft drink cans as calorimeters, thermometers and various materials for insulation to compare between the materials. This was a wonderful scientific exercise in understanding controlled, independent and dependent variables. Again the iPads were used in a similar way to before (including selfies!) plus this time as stopwatches too. Whilst this experiment was taking place the students had another experiment running. Now this is an experiment I made up. Taking 2 beakers we filled one with 100ml of water and placed an ice cube on a gauze across the top of the beaker. The other we also filled with 100ml water but this time added an ice cube and poured out a small amount of water to bring it back to 100ml. The point of this experiment was to highlight the important difference between glaciers (ice cube on the gauze) melting and icebergs (ice cube in the water) melting. Many people think that both cause sea levels to rise. However of course, when an iceberg (or floating ice cube) melts the water level stays the same due to Archimedes Principle. When a glacier on land (ice cube on a gauze) melts then water levels do rise due to the input of additional water - obvious when you think about it.

Most importantly with these thermodynamics experiments, any Primary school could perform them, they need only purchase thermometers, plastic beakers/measuring cylinders/jugs and basic materials such as wool, cotton wool, aluminium foil, bubble wrap etc.

IMHO this is authentic learning in Science. The students cross-curricular units of study determined the experiments. The learning was in real world contexts. Just because the students are in Primary school there is no reason why they shouldn't engage in higher-order scientific inquiry and experimentation. In fact they loved the fact that they were performing senior Science experiments. Many thanks go out to Lisa, Mick and Margaret plus the Primary teachers including Maree Elchaar and Margaret Stelmach, and of course the wonderful Year 5 and 6 students! Further images and audio explaining this adventure can be viewed here. 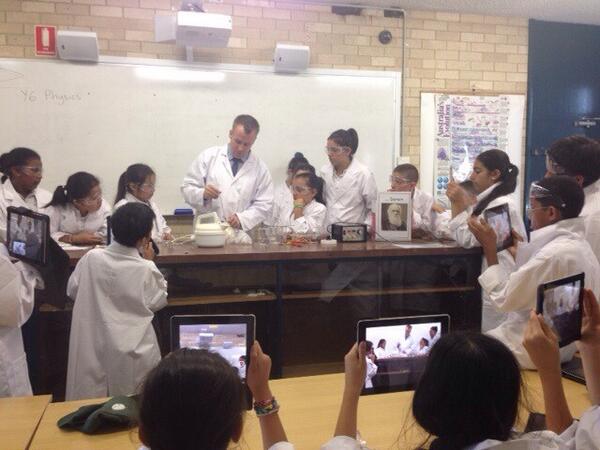